About the Lunar Resources Registry

Among the currently known and identified Lunar Resources are: Titanium, Iron, Silicon, Aluminium, Water, Oxygen, Hydrogen, and Helium-3. Their specific locations range from easy-to-access, to difficult-to-access but valuable; or shadowed craters that may have deposits of water.

Both national Space Agencies and private enterprise gather increasingly precise data about the surface of the Moon. As of now, Space Resources entrepreneurs have mostly vague business propositions regarding commercialising the Moon and its resources. However, there is significant public interest and investors too, are interested in discovering and conducting real operations. As a result the LRR sees the resources on the Lunar Surface as the next logical development in the evolution of Space Commerce as terrestrial mining companies are increasingly under strain on earth to avoid environmental damage, and are also facing technical extremes in many of their activities that make their existing business models less attractive.

Major economic powerhouses (US, Europe, China, Russia, Japan, India) have all conducted Lunar operations of one kind or another. However, space resources programs require a realistic political destination backed up by commercial objectives, as these are big budget and high-profile missions. Their various orbiters and landers therefore represent a trend that is unmistakable, and its first priority will be to establish sufficient technical prowess to not only reach the lunar surface, but also finding ways to implement projects that will provide the commercial viability of such missions and activities.

The objective of this trend, from a resources point of view, will be to identify locations of sufficient value on the Lunar surface, yet these locations may also be ideal infrastructure points for Earth-Moon-Earth communication, generating energy, or providing access to permanently shadowed areas that may have the building blocks of water. Without a doubt this trend will see increased Lunar activity, leading to inevitable sovereign and commercial claims in the future and for this purpose the Lunar Resources Registry provides the ideal process to ensure that the resources and locations are registered, commercially securedm and documented within the scope of the existing international legal frameworks. 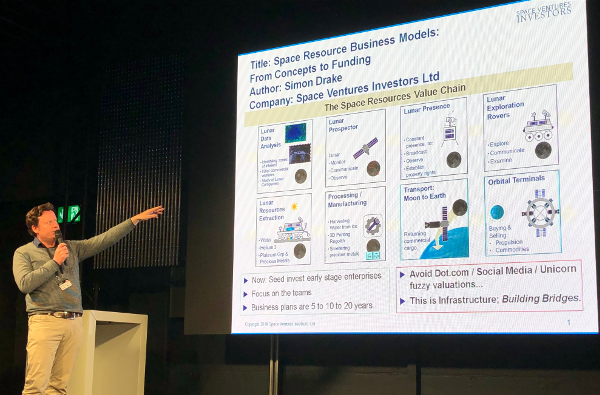 The LRR has been developed using publicly available Lunar surface data and proprietary locations; the end result is a platform that can be used to register intent and acknowledge the previous detection of targeted resources.

Activities on the Moon are subject to various layers of international agreements and policies.
The LRR Legal and Policy Framework is designed to assist LRR clients in navigating these laws and registering their resources and commercial interests on the lunar surface, focussing on the exploration and extraction of resources.
The Lunar Resources Registry will become the principal registry for this purpose.